Bilingualism commission evaluates practice of the two official languages in the ministry of public contracts
The Secretary General of the Ministry of Public Contracts Chancel Ako Takem on Thursday August 27 received a delegation from the National Commission for the Promotion of Bilingualism and multiculturism (NCPBM).
The delegation headed by Mrs. Mbappe Agnes had as mission to assess the implementation of official languages in the ministry, especially following the promulgation of the law on the promotion of official languages.
During discussions with officials of the ministry, she read a number of articles from Law No. 2019/ of 24 December 2019 to lay down the legal framework on the use of bilingualism. The law places the user in a privileged position wherein he/she should be able to get satisfaction in public places, no matter the language of expression.
Saluting the initiative, the Secretary General assured the delegation that the ministry has been living up to expectations, especially through the annual bilingual training programme for its personnel at the Pilot Linguistic centre. He also reminded them that all outgoing mails and texts are written in both languages.
Alongside her team members, Mrs. Mbappe Agnes visited several departments of the ministry such as the Department of General affairs and some of its components, the Legal Affairs Department, the Mails and Reception Service, the Translation and the Communication units.
At each stop over, the delegation members asked questions, listened and exchanged ideas, interviewed users, and sought to know the difficulties encountered by both users and staff, and equally requested for texts and articles to see how effective bilingualism is.
They noted with satisfaction that the ministry had done so much as far as bilingualism is concerned, and that the few existing lapses could be corrected through continuous efforts, like revamping the bilingualism day as well as including everyone in the bilingual training programme.
Linda Susan Lendzemo
Communication Unit 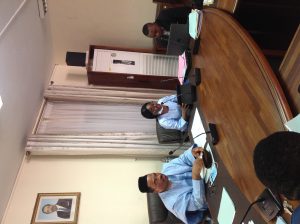 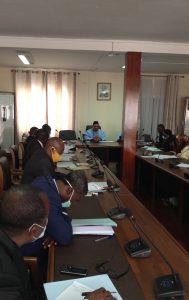 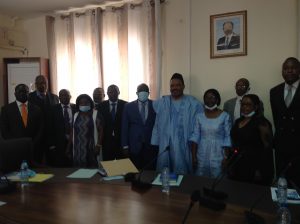 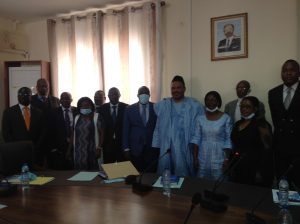 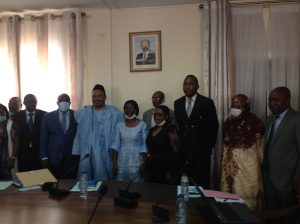